A model program aggregation describes the software component of a model within the water domain. It aims to fully describe the software-related metadata of a given model program to enable scientists to seamlessly retrieve all the content and information required to get a model up-and-running on their local or server-side machine. This aggregation consists of uploaded content such as source code, compiled binaries, and documentation, as well as metadata describing the model's software. The model program aggregation can be related to many model instance aggregations to completely describe a simulation and the exact software version used for a particular study to make data replication possible. Aggregation-level metadata describes this aggregation type.

This folder is converted to a model program by right clicking on the folder and selecting "Set content type -> Model Program". 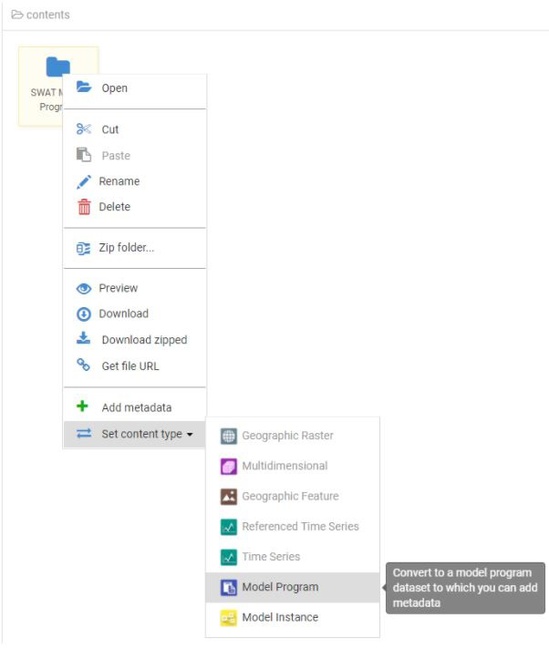 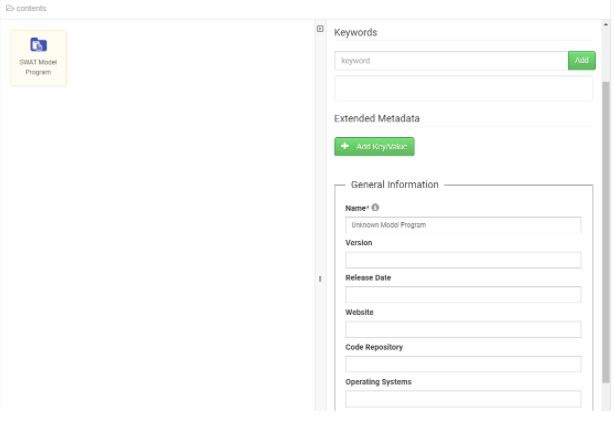 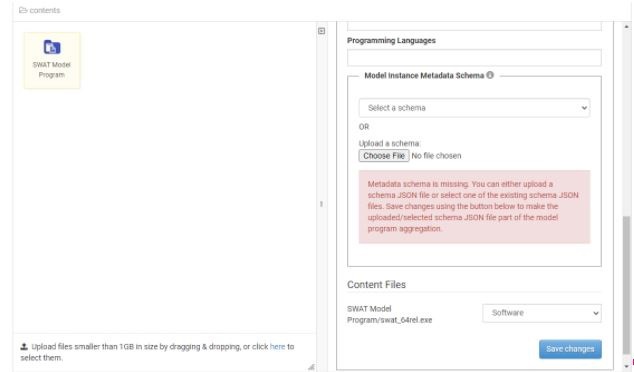 After selecting/uploading a JSON file when the metadata for a model program is saved, the JSON schema data on the form (read-only) can be displayed by clicking on the green button (“Show Model Instance Metadata JSON Schema”). 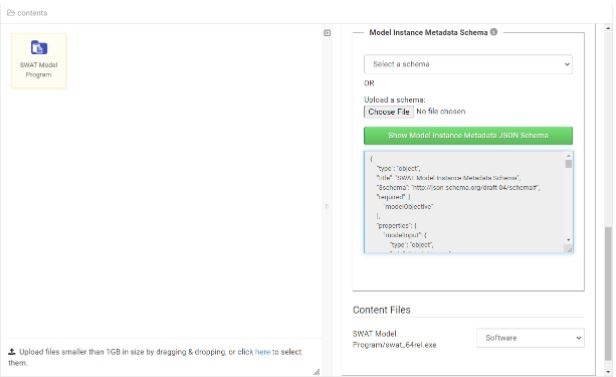 Other notes on model program aggregation: